In June of 2015 we went to the small town of Mouline to build a roof for St. Paul Church.  A strong hurricane wind took the roof off back in 2011. A make shift structure was built to accommodate the faithful each Sunday, but within a couple of years, the temporary structure itself began to leak. It became imperative for St. Paul to be renovated.  In one week, the church received a new roof, a new coat of paint, and the parishioners were delighted. 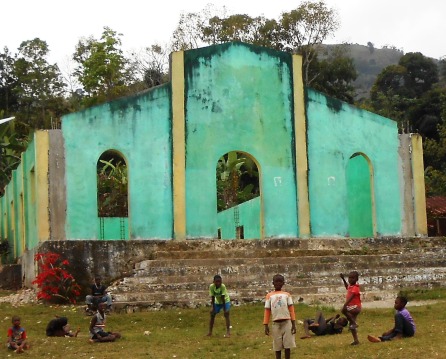 Among the many toys we brought with us when we traveled to St. Paul Parish were a basketball and a net – the hoop was too large to fit in our suitcases. 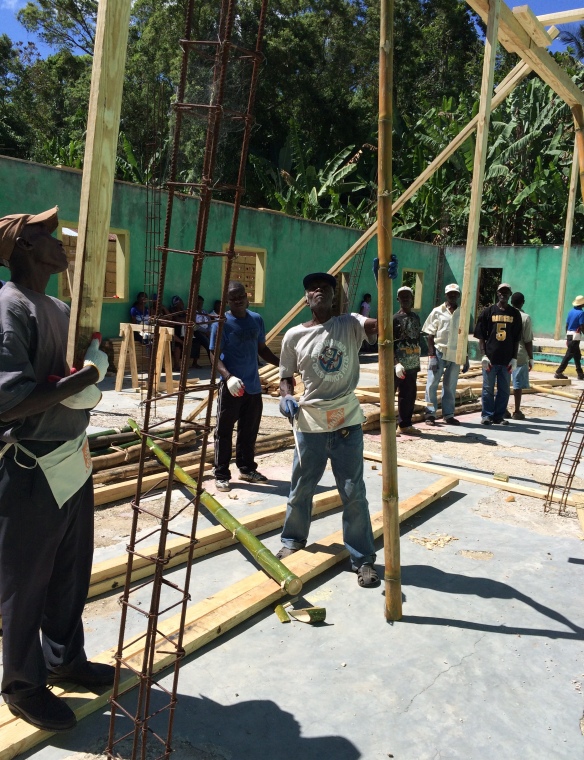 As we set out to play, the ingenuity of the children became obvious and they showed their skill in making do with their meager resources.  They formed a hoop from a piece of iron they found on the construction site and tied it to the existing soccer goal post. They were able to play undeterred by the uneven ground.

No sooner had they gotten the hang of shooting the basket that they realized they needed something sturdier.  They conferred and disappeared in the thicket next to the house of the priest.  Moments later they reappeared carrying a nice post. 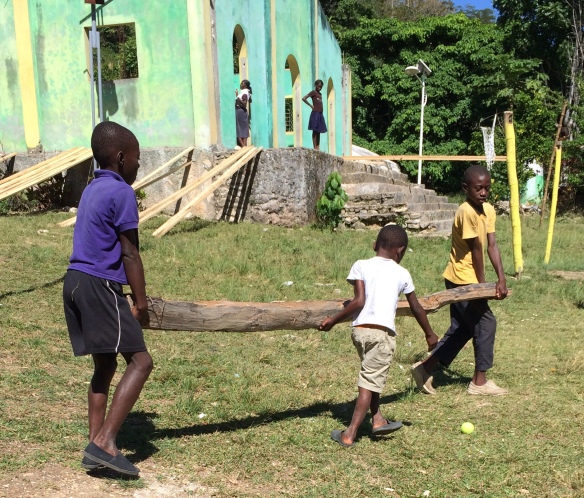 They chose a spot where the ground was flat, dug a hole about 2 feet deep and planted the post.

They borrowed a hammer, took some nails from the workers and placed their hoop solidly on the post.  Soon they had a line of children practicing their skill at making a hoop shot.

Never underestimate the resourcefulness of children.

1 thought on “A basketball game in Mouline”